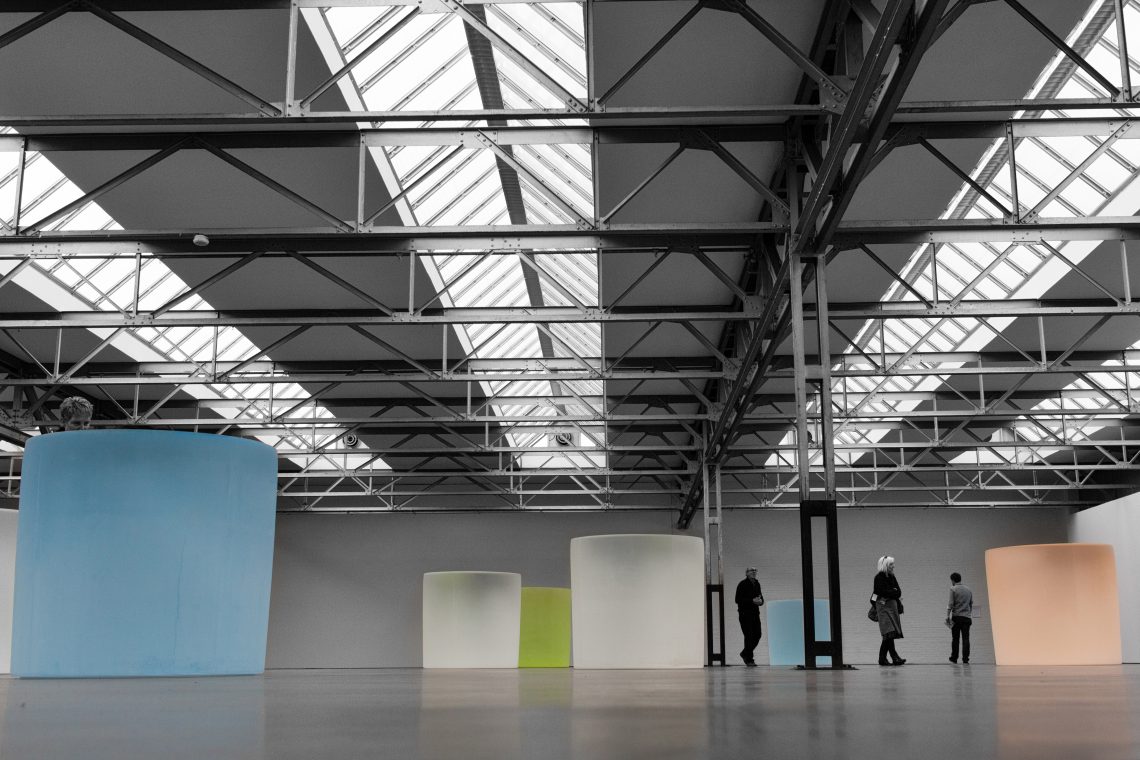 Won’t they just grow out of it? Some parents ask me and others just think it. They’ve said to themselves: Little mister’s speech is not like his peers’. I stuttered a little when I was his age but it went away. He gets frustrated sometimes when he can’t make me understand what he’s saying but isn’t that normal? Won’t he just grow out of it?

Each May we celebrate Better Speech and Hearing Month. It’s a perfect time to talk about early intervention and what speech therapy can do for the child who struggles with communication and understanding.

I had the pleasure to visit the Nasher Sculpture Center on Target First Saturdays with my littles (3 ½ and 1). What a gem. Admission is free during the program and there’s so much to see. The grounds are beautiful, green, and calm The large art pieces are striking. My troupe wasn’t so ready to dig into the art project going on downstairs but loved walking about (passport in hand) playing scavenger hunt. My mother-in-law and I enjoyed taking turns in the groovy chairs designed by architect Thomas Heatherwick. They looked like giant spinning tops with a bucket seat in the middle.

We are looking forward to the return of a super cool collection of solid cast glass by Roni Horn (pictured above) starting May 20. Her work reminds me of something an SLP mentor used to say to me about children and vessels. If you look at that vessel from the side, you can’t tell what’s in there. Is it empty? Is it part full? Is it almost running over? You can’t really know it’s full from that angle until…it’s running over. Kids are that way…there are several prerequisite skills needed before their vessels are running over and showing what they know. Say you want them to learn to ride a bike. They’ll need to learn to balance, keep those feet pedaling in a coordinated way, plus control the steering; all of this before you can really say: Yes, my kid can ride a bike. Maybe you’ve ridden a bike so you recognize the prerequisite skills needed to accomplish the goal. You can watch a kid who is learning and know if their ‘bike riding’ vessel is empty, partially full or almost running over.

Speech is just the same. Maybe you know a child who isn’t talking yet or isn’t speaking as clearly as their peers and you’re wondering if they’ll just grow out of it. Especially for the parent of the nonverbal child; this can be a tough waiting game. It seems like they’re not talking at all but it takes a speech-language pathologist to look at the vessel-of-a-child from a new angle. She may see that the child uses variations in pitch rise and fall as he mumbles unintelligibly that to a trained ear doesn’t sound like gibberish at all, but instead are early forms of words with a developed grammar and all that is standing in the way of clearer speech is better execution of a few sounds. He is not ‘not talking.’ He’s about to talk. She knows which prerequisite skills to search for to build upon strengths in a way that limits frustration and is optimized for faster results. She may see that attempts to communicate are frequently interrupted and that by training the parent in systematic reinforcement, swift changes can happen. Looking down the neck of the vessel, she knows how to fill the vessel to overflowing. Her method is often faster than letting nature run its course.

For late talkers and unclear speakers, parents ask, “Won’t they just catch up on their own?” The answer is that it depends. Some kids are truly just coming to clearer speech and language in their own time. There is a lot of NORMAL variation in development of young children. There are also indicators (not experienced by typical language learners) which suggest that a child may have long-term struggles with speech and school without intervention: abnormal vowels, blocked persistent stuttering versus infrequent easy repetition of words, a large noun vocabulary with absent verbs, frustration to the extent of giving up on speaking, insisting on grunting and pulling people about instead of using speech, recurrent ear infections, persistent fluid in the middle ear, and low phonological awareness (difficulty with rhyme and confusing sounds for one another; i.e., key and tea sound the same to them). To know if it’s speech delay or a true disorder, an evaluation from a certified speech-language pathologist is needed.

Early intervention is key. Since new learning is tied to previous knowledge, we can improve how robustly new things are learned by making sure that the earliest things learned are learned well. For example, I remember feeling dumbfounded when my chemistry professor hinged everything we were learning about electrons to a bouncing basketball and waves at a beach. I lacked these experiences. I spent my childhood reading indoors and hadn’t noticed these happenings in the natural world which could lay a foundation for attaching concepts of chemistry and physics. I just couldn’t get it until I played with some water and spent some time dropping balls. Similarly, imagine trying to summarize a storybook when it’s filled with unfamiliar vocabulary. Try passing a spelling test when your inner voice substitutes sounds in same errored way that you speak instead of the way your teacher and peers pronounce the word. Without the prerequisite skill and experience, the new skill (dependent on that foundational knowledge) is very tough to master.

The good news is that speech therapy works for every child. Intervention improves the communication skills of typically developing children as well as those with true deficits. To learn more about the signs of a communication disorder, see the infographic and video below: Schedule an evaluation to find out if your little one’s speech and language is developing effectively at ClearWay Speech & Language Center.

Children: Signs of a Language Disorder

To learn more about the wonderful enrichment activities at The Nasher Sculpture Center, visit: http://www.nashersculpturecenter.org/engage/student-family-events

Joi is an ASHA licensed Speech-Language Pathologist and the Owner and Director of Speech and Language Services at ClearWay Speech and Language Center, a family-centered speech and language therapy private practice located in East Dallas. She has been helping families improve the communication skills of their loved ones since 2007 and especially enjoys working on language disorders, complex sound disorders, and stuttering in persons of all ages. Through individualized service and caregiver education, she helps families realize their communication goals.